A Perfect 10 for Thompson's Teas!

Thompson’s Teas has experienced record-breaking success at this years’ Great Taste Awards. Check out what the Ulster Grocer had to say about Punjana stretching its award-winning run to an unprecedented 10 years! 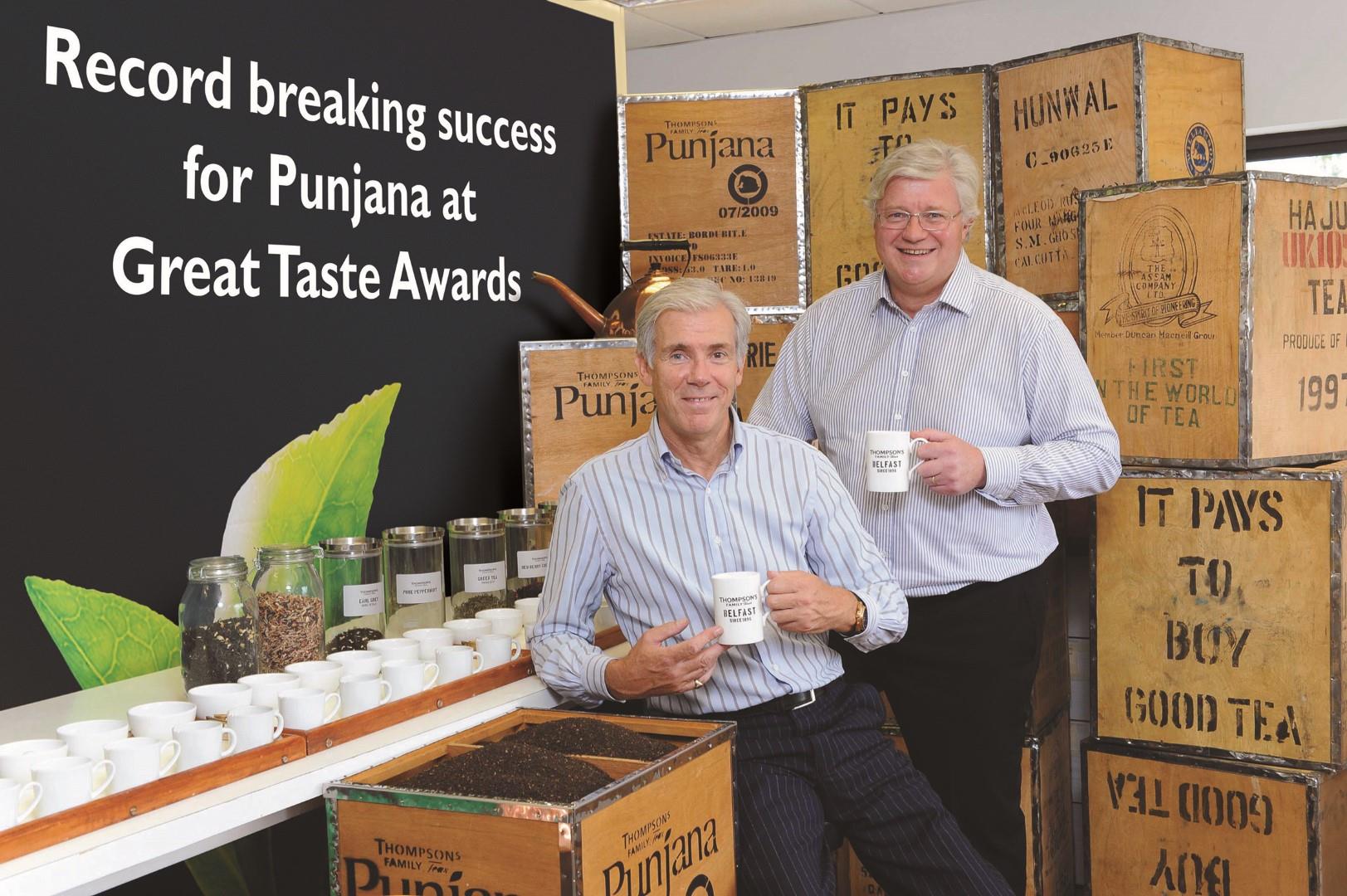 Thompson’s Family Teas has experienced record-breaking success at this years’ Great Taste Awards. Punjana, Northern Ireland’s favourite tea, has stretched its award-winning run to 10 years, a feat achieved by no other blended tea in this all-important category.

The news comes as the Guild of Fine Food, acknowledged as the benchmark for fine food and drink in the UK, has released its Great Taste Award Winners 2017.

Thompson’s Family Teas, which are today still blended by cousins Ross and David Thompson at their state of the art tea blending facility in Belfast, have picked up over 100 Great Taste Awards in the last 12 years.  Each blend is Taste-Tested by a Thompson to ensure that it meets the exacting standards set by the Thompson family which have been passionately adhered to for over 120 years.

Ross Thompson, said: ‘To win a Great Taste Award is very exciting, but for Punjana to be recognised by the Guild of Fine Foods every year for the past decade is something really special, and is an acknowledgement of our dedication to importing and blending the worlds’ finest teas. Only the best leaves, which are highly prized and command a greater price, find their way into our awarding-winning blends’.

‘It takes a certain amount of courage to choose what is best over what is most profitable’, Ross continues, ‘and we stay focused on sourcing leaves with superior taste and flavour, and simply can’t be persuaded to do it any other way’.

The Thompson family’s love of tea was born in Belfast in 1896 when founder Robert S Thompson trained in the art of tea tasting and soon became known for his uncompromising devotion to quality.

In the first few years of the business, tea brands didn’t exist and indeed only began to emerge during the post-war years. In 1900, there were perhaps 25 tea companies in Belfast, selling their wares in beautiful tea chests around the numerous independent grocery shops up and down the country.  Today, Thompson’s Family Teas is the only mainstream tea company that remains.

However, it was in 1955 that the Thompson’s hero brand, Punjana, was born. Launched on television on UTV’s first night of transmission with the now iconic “Pick Punjana Tea” jingle.

The ‘Punjana’ name was inspired by 2nd generation James Thompson who, whilst on a shopping trip to Comber, spied an inscription on the Gillespie monument which read, ‘Punjab’. Conscious of India’s reputation for producing some of the world’s finest tea and thinking that this could be the basis for a great brand name, he consulted with his wife, Lillias, and together they arrived at the name “Punjana”. Agreement was then sought from his brother, Tony, and the rest as they say, is history!

Today, the business continues under the leadership of 3rd generation Thompsons, who share in its founder’s passion for selecting only the best quality and select teas from the very finest gardens in Assam, Kenya and beyond.

Recently, Punjana was also officially crowned Northern Ireland’s favourite product in The People’s Choice Award 2017 as voted for by the public at this year’s prestigious Northern Ireland Food & Drink Awards.

Thompson’s range of exotic loose leaf teas have been chosen to be served in some of Northern Ireland’s most iconic locations including the Titanic Ballroom, National Trust properties and Hastings luxury hotels. 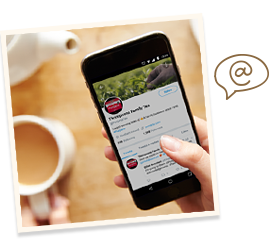 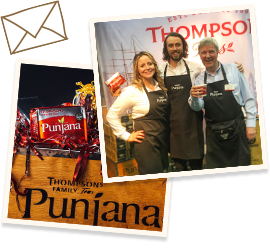